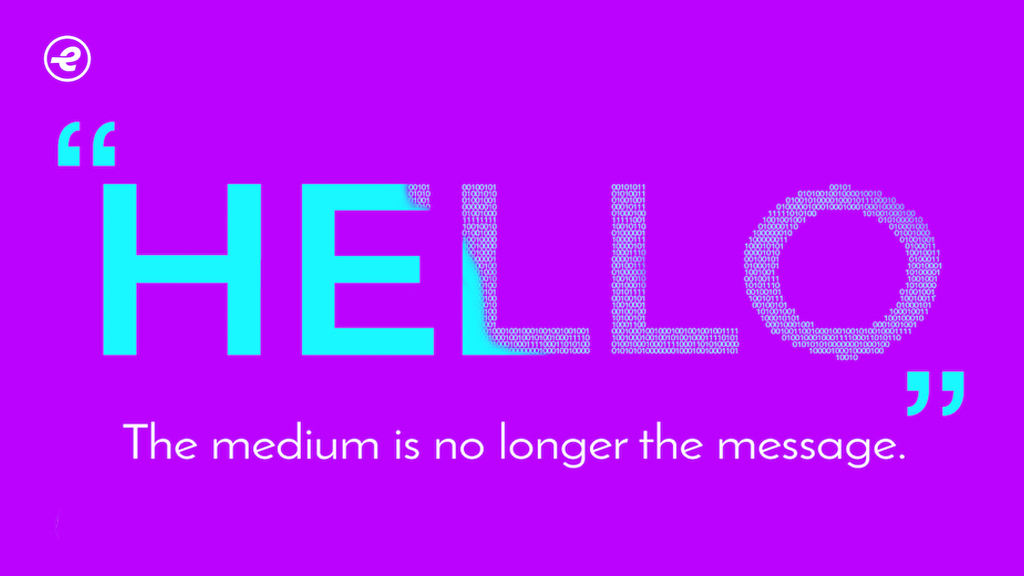 In 1963—before the Internet, before the desktop computer, and when “mobile device” often meant roller skates—Marshall McLuhan dropped a bombshell on the world of communication: “The medium,” he proposed, “is the message.” In time, and after much head-scratching, nail-biting, and soul-searching, many people grudgingly conceded that how a message is transmitted is at least as important as the message itself.

But things are beginning to change.

McLuhan made the daring claim that (loosely translated from the Canadian) the real content of any medium is the change of scale or pace or pattern that it introduces into human affairs. The content of television is not the antics of suburban families or the exploits of superheroes, but the hours reserved for passively watching them. The content of e-mail (he would say) is not the reminder of a dental appointment but the fact that we check it 150 times a day. The content of a Tweet is not an epigraphic editorial, but the fact that our heads are permanently cocked at a 45° angle looking at our phones.

The implication of all this is inescapable. As McLuhan rather bluntly put it, the notion that technology is neutral and what matters is what we do with it is “the numb stance of the technological idiot.” That’s actually a pretty fair characterization of where things now stand, but maybe we have reached an inflection point. Maybe, after a long technological interlude, we are finally poised to reverse that fateful course and return the hardware to the back room from whence it came, and make the software disappear.

At Entefy we see McLuhan’s famous dictum not as a fact to be accepted, but a challenge to be overcome. We are developing technologies that will return the human being to center stage, and restore the immediacy of face-to-face, person-to-person communication. Ideas, information, inspiration, intimacy—isn’t this really what we are after?