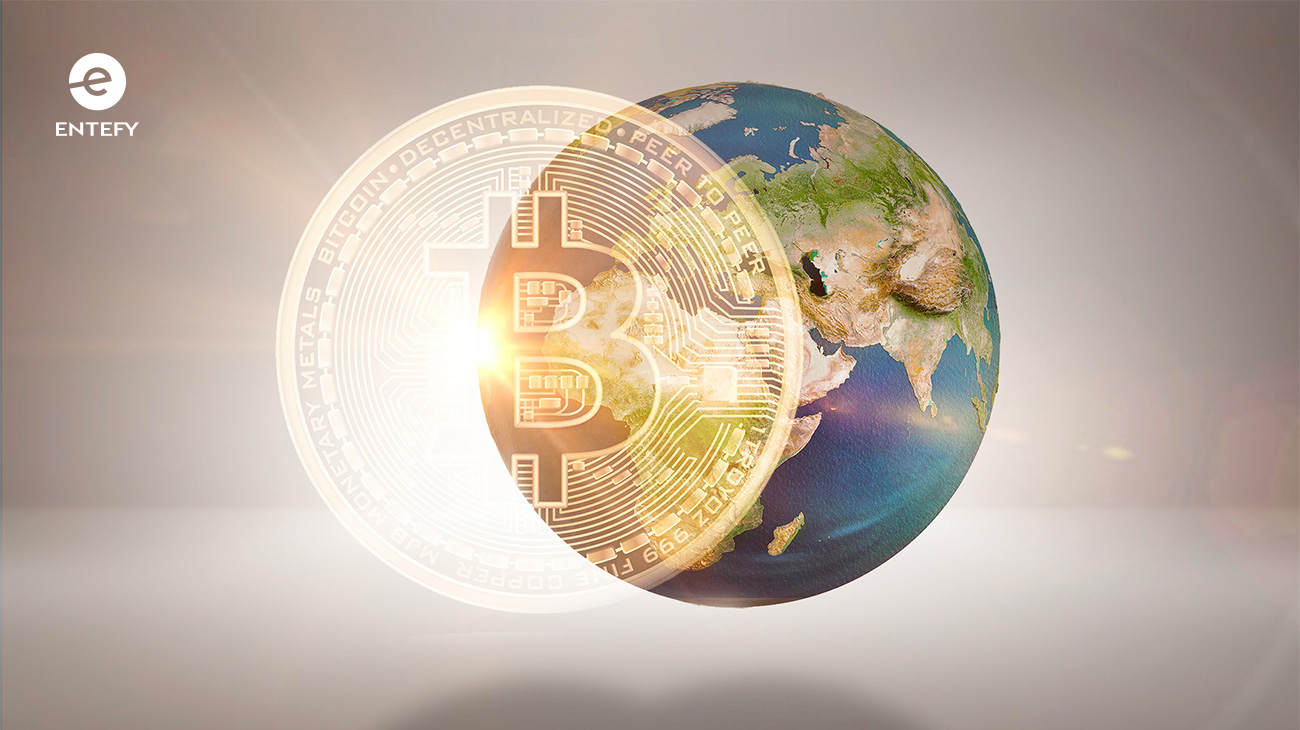 Bitcoin commanded breathless headlines through much of 2017. The cryptocurrency enthralled both naysayers and crypto-enthusiasts with its skyrocketing valuations and speculation over another “tulip mania” in the making. This year, Bitcoin’s valuation landed it at the center of a media storm once again, only this time, the numbers are falling.

But fixating on Bitcoin’s investment potential distracts from a much more urgent and far-reaching issue. Bitcoin mining, the computing process needed to generate the cryptocurrency, is a massive energy hog. And that’s bad news for a planet that grows warmer by the year.

What is Bitcoin mining?

When transactions occur digitally, they don’t always feel “real.” That’s why people view digital data threats with apathy while they fret tirelessly over physical break-ins. We know that data hacks happen all the time and that there’s a good chance we or someone close to us will become a cybercrime victim. Yet we fail to safeguard our accounts with the same voracity we would our physical property.

So, unless you’ve hedged your life savings on Bitcoin, how it performs won’t make much of a tangible impact on you. But here’s what will. By some estimates, Bitcoin mining burns up to 32 gigawatts of energy each year. To put that into context, that’s more energy than all of Ireland uses in a year. In fact, Bitcoin mines draw more power than 159 individual countries. While that level of use isn’t causing a crisis yet, the growing appetite for Bitcoin is driving up demand, and meeting that demand requires more power.

To understand how a digital currency can dramatically impact the environment, you need to understand how it works. So let’s break down what we mean by Bitcoin mining. As a cryptocurrency, all Bitcoin transactions happen digitally. When someone initiates a Bitcoin transaction, whether they’re buying or selling, that activity gets recorded on a blockchain. You might recall from previous Entefy articles that a blockchain is a digital ledger that uses cryptography to verify and secure transactions. Blockchains are very difficult to hack, which is why the technology is seeing increased use in cybersecurity and other fields.

However, blockchains are ideal for use in digital currencies because they allow for decentralization. Blockchains operate 24/7 without need for human interference. This prevents corruption and theft, and it allows exchanges to happen at all hours, all over the world.

Mining is the process that allows transactions to be added to the blockchain at all. Specialized computers “mine” for pending transactions, and they translate them into mathematical problems that need to be solved before transactions are approved. When one computer grabs a bundle of transactions, it sends a signal to other mining computers in the network.

The others then verify that the transaction is sound. For instance, they’ll check that a buyer has enough Bitcoin to pay for the trade. They’ll also solve the math problems created by the initial miner, which enhances the security of the exchange. Once that process is complete, the transaction gets recorded on the blockchain.

The miners who successfully solve the math problems receive Bitcoin as a reward. If you’re a true believer in the future of cryptocurrency or are seduced by Bitcoin’s potential, then you’re strongly incentivized to mine continually.

This process may seem simple – or at least not too energy intensive – but consider that there are millions of known mining computers (1.65 million of which may contain malware used by hackers). As Bitcoin awareness increases, so do the number of people who want to buy and trade it. The more transactions that take place, the more work the mining computers must perform. And all that computation takes energy. Lots of energy.

One of the biggest concerns raised about Bitcoin’s energy use is that the demands are so great and so urgent, mining farms will necessitate continued dependence on fossil fuels. This is particularly alarming in countries such as China, which is home to some of the biggest Bitcoin mining operations on the planet. A single Bitcoin mine in Inner Mongolia consumed the same amount of power as a Boeing 747. Multiply that by several million, and you can understand why people fear a clash between Bitcoin and the environment.

The situation in China is exacerbated by the use of coal-powered energy plants. Many Chinese Bitcoin mines are located in rural areas where coal is a cheap and readily available resource. Since energy is the number one cost in Bitcoin mining operations, it makes sense to seek out the cheapest resource. But that trend comes at a cost. As governments around the world struggle to move away from fossil fuels, Bitcoin is driving up the need for them.

Even if China’s mines shut down following a recent government crackdown on energy used for mining, the global mining problem won’t go away any time soon. China may have the biggest mines, but it’s certainly not the only country where they operate. And the shutdown of Chinese mines would likely create a vacuum for miners in other parts of the world to fill.

Optimists and cryptocurrency defenders note that some mines draw from multisource grids, reducing the amount of fossil fuels used to process Bitcoin. Indeed, companies are exploring options for building waste-to-energy crypto-mines and other environmentally-sound mining methods. Some mining operations already use clean energy, pulling from hydroelectric dams in China and experimenting with electric cars to power a small mining setup.

But critics see two problems with this approach. On the one hand, using a multi-source grid sounds like a step in the right direction. However, as demand accelerates, mines may be forced to use fossil fuel sources to keep pace, which would slow down the transition away from coal and other carbon-centric sources.

The other criticism is that even when mines use clean energy, they’re doing so at the expense of providing that energy to people’s homes or charging electric, eco-friendly cars. At the heart of such viewpoints is skepticism that Bitcoin will ever amount to a widely-used currency. If you don’t see Bitcoin as offering the world any long-term benefit, then the environmental cost is simply too steep. Given that global governments are already struggling to slow climate change and are well behind on those efforts, some see Bitcoin as an unnecessary drain on an overtaxed energy supply.

The environmental consequences of Bitcoin mining are real. But that doesn’t mean we should abandon the concept just yet. Cryptocurrencies hold real potential for providing financial services to the underbanked and creating faster, more secure transactions for everyone.

However, we are in uncharted territories which give rise to growing calls for increased oversight of Bitcoin and other digital currencies, especially given the potential environmental impact.