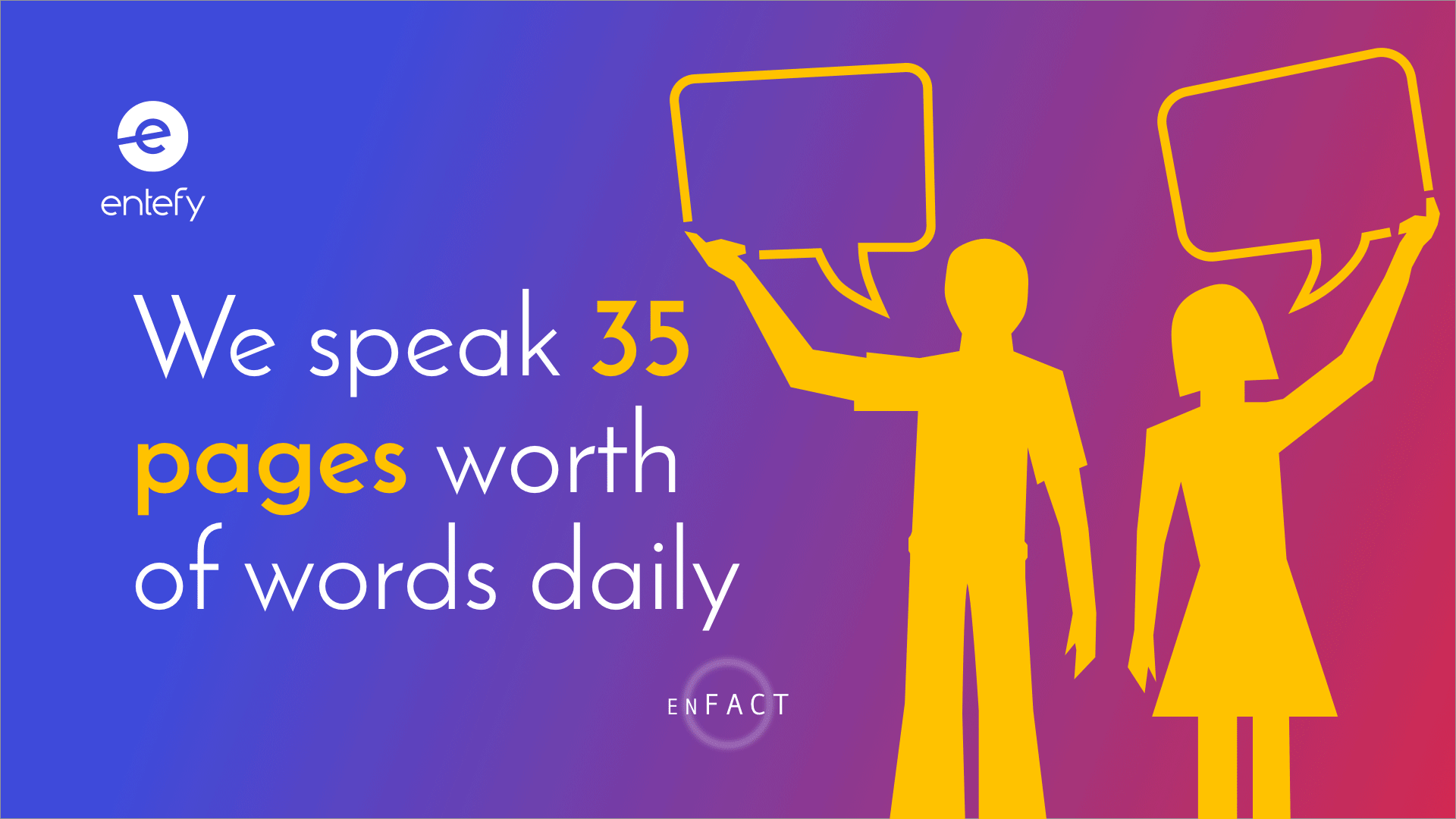 A sophisticated major study into how much people talk during the day used a wearable device to record 30-second segments of subjects’ speech every 12.5 minutes. Researchers then tallied up the audio data to calculate the differences between genders. The result: women speak an average of 16,215 words daily while men speak 15,669 words. Just a 3% difference.

And just how much talking is 16,000 daily words? Well, it equates to 35 printed pages. And is the same number of words in Shakespeare’s Midsummer’s Night’s Dream.