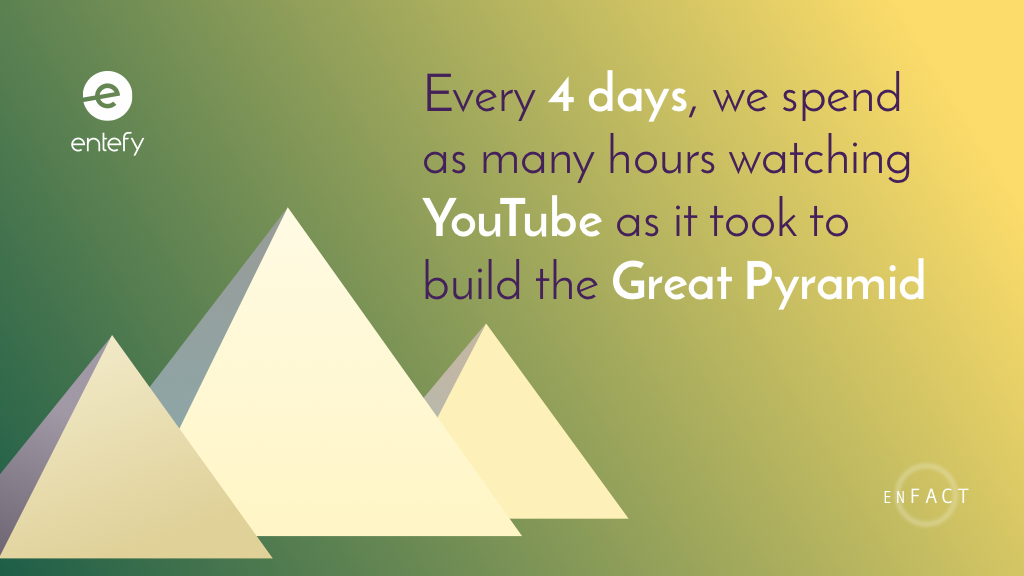 A “billion” has long communicated “big.” So when it was announced that people are watching 1 billion hours of YouTube every day, we hit a big milestone. After all, a billion hours is more than 41.7 million days. If you travelled back in time 1 billion hours, you’d find yourself somewhere around 100,000 BCE, a period when the first anatomically modern homo sapiens were roaming Africa.

The Great Pyramid of Giza (the Khufu Pyramid) is another something big. And, interestingly, we have some evidence from the 5th century BCE Greek historian Herodotus about how the pyramids were constructed. According to Herodotus, 100,000 workers toiled for 20 years to construct the Great Pyramid. Assuming 8-hour shifts and 52-week years, that adds up to around 4 billion hours of effort.

Putting that figure another way: every 4 days all those hours we’re spending watching YouTube could represent the creation of another Wonder of the World. Entefy’s enFacts are illuminating nuggets of information about the intersection of communications, artificial intelligence, security and cyber privacy, and the Internet of Things. Have an idea for an enFact? We would love to hear from you.