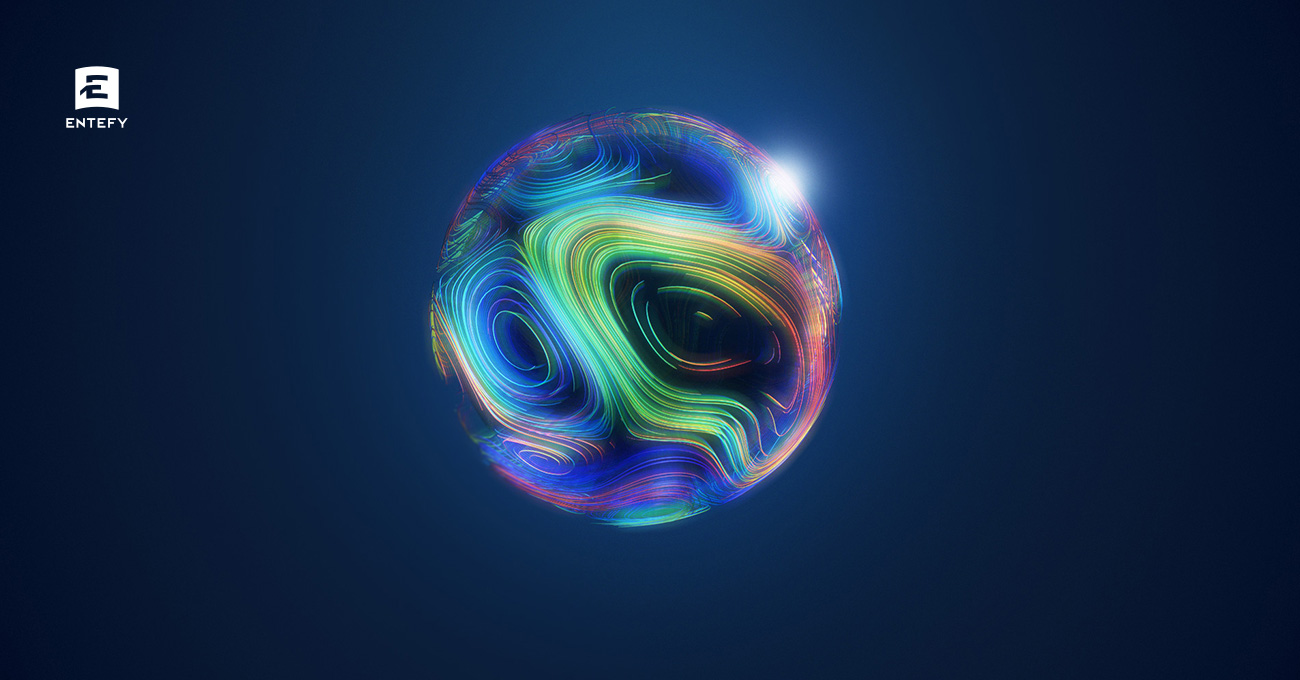 When it comes to energy, much of the world is at a critical turning point. There is a noticeable momentum in favor of renewable energy, with scientists and the United Nations warning the world’s leaders that carbon emissions “must plummet by half by 2030 to avoid the worst outcomes.” Given the variability and the lack of predictability in certain energy sources such as solar and wind, there is a growing need for a new kind of “smart” electrical grid that can reliably and efficiently manage flows of electricity from renewable sources with those generated by conventional power plants. Smart grids leverage advanced technologies to ultimately reduce costs and reduce waste. Creating such grids requires massive amounts of data, predictive analytics, and automation which is ideally powered by artificial intelligence (AI).

Many of us might not be aware that the top 10 hottest years since human beings began keeping records have all occurred in the last decade or so. In June 2022, “among global stations with a record of at least 40 years, 50 set (not just tied) an all-time heat or cold record.” During the same month, Arctic sea ice extent “was the 10th-lowest in the 44-year satellite record” and Antarctic sea ice extent “was the lowest for any June on record, beating out 2019.”

In the United States, the costs related to major weather and climate disasters sustained since 1980 (the events that have caused damage with costs in excess of $1 billion) have already totaled more than $2.295 trillion. So far this year alone, the United States has witnessed 15 such costly events.

On a global level, the international treaty on climate change, the Paris Agreement, has called on 196 countries to prevent the planet from warming more than 2 degrees Celsius (3.6 degrees Fahrenheit) above pre-industrial levels. This treaty is a major step toward achieving net-zero carbon emissions by 2050. If this target can’t be met, the resulting financial losses could be as high as $23 trillion, which could put the global economy in a tailspin similar to the most severe economic contractions experienced in the past.

For the U.S., the second-highest ranking country in carbon emissions (second only to China), fulfilling the Paris Agreement will require herculean effort, including a complete reimagining of the electrical grid.

The 2021 failure of the Texas grid left millions of Southerners freezing without electricity for days while the Great Blackout of 2003 shut down electricity for tens of millions on the East Coast. The Texas power grid may be independent and isolated (the only one in the contiguous 48 states). However, it’s clear that along with much of the U.S. infrastructure, power grids across the nation are aging and in desperate need of modernization with deadly power outages occurring at more than double the pace in the past 6 years over the prior 6 years. And, as each day passes, this need for infrastructure modernization becomes even more critical, not just to ensure the safety and reliability of the power network, but also to handle the accelerating demand for electricity catalyzed by clean energy initiatives and electric vehicle (EV) adoption.

Historically, electric grids have lacked dynamism and flexibility. They are instead built to achieve very large economies of scale with the main sources of electricity coming from non-renewables such as coal or natural gas. These traditional sources of energy are costly to operate efficiently and consistently. Further, increased regulation over time and higher costs have promoted vertically-integrated energy monopolies which have stifled innovation.

Renewable sources of energy have their own set of challenges. Solar and wind, for example, don’t provide the same level of consistency afforded by traditional large-scale energy production. This means that despite the fact large renewable energy plants (as well as individual homeowners or businesses) can produce power with their solar panels and wind turbines, they are not able to produce such power at a steady, controllable rate. For some, the erratic rate of energy production can sometimes translate into excess production which can in turn be fed into the electrical grid or stored for later use, utilizing on-site batteries. All of this creates opportunities for a new type of 21st-century power grid that is modular, multidirectional, and smart.

With the future of energy looking more and more decentralized, how can energy consumers and generators monitor and monetize the flow of electricity? How does the power grid provide resiliency and flexibility to properly store excess energy while simultaneously operating at the scale necessary to satisfy the ever-growing demand for electricity without interruption? For much of the history of renewable energy, these problems have been managed with computational models based on historical weather and electricity demand patterns, modified according to demographic and economic changes. But the rise of new technologies like real-time data transmission, edge computing, Internet of Things (IoT) sensors, and even AI-powered control systems has enabled the design of new “smart grid” frameworks able to manage and integrate diverse energy sources for a revolutionary new approach to power generation, storage, distribution, pricing, and regulation.

To avoid the dangers of blackouts, a smart power grid anticipates when electricity demand in a given region may be at peak levels. This allows control systems to ensure that adequate electricity is fed to the grid from available sources which can satisfy the demand. If need be, a fossil fuel plant can be activated in advance of any peak demand with sufficient notice. However, what happens when the power grid needs to react swiftly to unexpected disruptions (such as extreme weather changes, natural disasters, or dramatic reductions in capacity) which traditional forecast models are unable to predict?

With AI and process automation, systems can achieve accurate, minute-by-minute forecasts of energy demand through the real-time transmission of energy use data from smart meters. “In 2021, U.S. electric utilities had about 111 million advanced (smart) metering infrastructure (AMI) installations, equal to about 69% of total electric meters installations. Residential customers accounted for about 88% of total AMI installations, and about 69% of total residential electric meters were AMI meters.” AI control and monitoring systems can utilize the wealth of information available via smart meters to identify patterns in the data that coincide with high demand and automatically trigger the allocation of different energy sources to help prevent overload. Similarly, machine learning can also be used to monitor the stability of electricity flow using the rich data generated by IoT sensors throughout the grid.

When AI triggers the grid to draw on additional energy sources to prevent a blackout, those energy sources can command a price for their resources. From wind and solar farms to traditional fossil fuel power plants, as well as individual homeowners with solar panels or power generators, energy trading is growing in volume and complexity. With legacy electrical grids and traditional meters, there was relatively little communication between utilities and energy customers. Electricity flowed unidirectionally from plants to power lines to customers, with meters read manually without granular insights into energy usage. Smart grids, microgrids, broad-based deployment of AMI meters, and modern battery storage technologies have changed all of that. In combination, these advances now enable bidirectional communication and transactions between producers, consumers, and prosumers (consumers who also produce and store energy, often using solar panels and batteries) allowing for better energy management and stimulating energy trading.

Today, AI and machine learning is used to analyze signals from diverse data sources in order to provide more accurate pricing and energy predictions. Taking advantage of this, allows energy traders the opportunity to better balance their position. AI has also emerged as a catalyst for new business models including “community ownership models, peer-to-peer energy trading, energy services models, and online payment models.” These new models give energy producers the improved ability to sell their electricity to the grid at a competitive market price.

The volatility in energy supply due to network constraints and strong fluctuations in energy demand make forecasting of energy and prices challenging. Automated trading platforms use AI and deep neural networks to monitor the market for the best energy sales opportunities and conduct high frequency trading without the need for human input. This is similar to how Entefy’s Mimi AI Crypto Market Intelligence provides real-time price predictions and 24/7 automated trading functionality in the highly volatile cryptocurrency market.

According to McKinsey, the “deployment of advanced analytics can lead to a reduction of more than 30 percent in costs by optimizing bidding of renewable assets in day-ahead and intraday markets.” As a secondary benefit, fully automated processes leveraging advance AI resulted in “a productivity gain in intraday trading of 90 percent.” The key observation was that these additional forms of automation transformed the role of energy traders from “taking decisions and executing trades toward focusing on market analysis and improving advanced analytics models on a continual basis.”

One of the most important features of a truly “smart” grid is its ability to fend off cyberattacks. Cybersecurity is a growing area of concern in many industries and sectors but cyberattacks in the energy sector are of special interest. The ransomware attack on Colonial Pipeline, the United States’ largest pipeline for refined oil products, was a reminder to us all how vulnerable we actually are. On May 7, 2021 a group of cybercriminals from Russia hacked Colonial Pipeline’s “IT network, crippling fuel deliveries up and down the East Coast.” As a result of that cyberattack, within just an hour of the ransomware attack, the management made the decision to shut down the company’s 5,500 miles of pipelines. In effect, this event let to a shutdown of approximately 50% of the East Coast’s gasoline and jet fuel supply.

Preventing cyberattacks will be especially important as more smart grid operations come online and massive amounts of data are generated, transmitted, and stored across multiple IT systems and cloud infrastructures. As covered in one of Entefy’s previous blogs, modern countermeasures include machine learning, hyperautomation, and zero trust systems. AI-powered tools are capable of processing complex and voluminous data infinitely faster (and often more accurately) than human security analysts ever could. With sufficient compute infrastructure, artificial intelligence can be put to work 24/7/365 to analyze trends and learn new patterns that can identify vulnerabilities before it’s too late. More sophisticated approaches such as Autonomous Cyber can go further to use the power of AI not only to continuously monitor data flow or network activity but also to take actions as needed (including alerts, notifications, blocking access, or shutting off services) to help mitigate risks. Active identification of issues in security systems and enabling automatic “self-healing” processes by instantly patching or fixing errors can dramatically reduce remediation time for organizations.

The energy sector is facing massive changes and moving toward a future that operates on clean, renewable energy, decentralization and distributed energy production, as well as intelligent systems that optimize energy production, consumption, and infrastructure. Smart grids are a big step forward in that future. They leverage machine learning, intelligent process automation, and other advanced technologies to deliver efficiency to the market, cut costs, and reduce waste.

For more about AI and the future of machine intelligence, be sure to read our previous blogs on the 18 valuable skills needed to ensure success in enterprise AI initiatives, the rise in cybersecurity threats, and AI ethics.