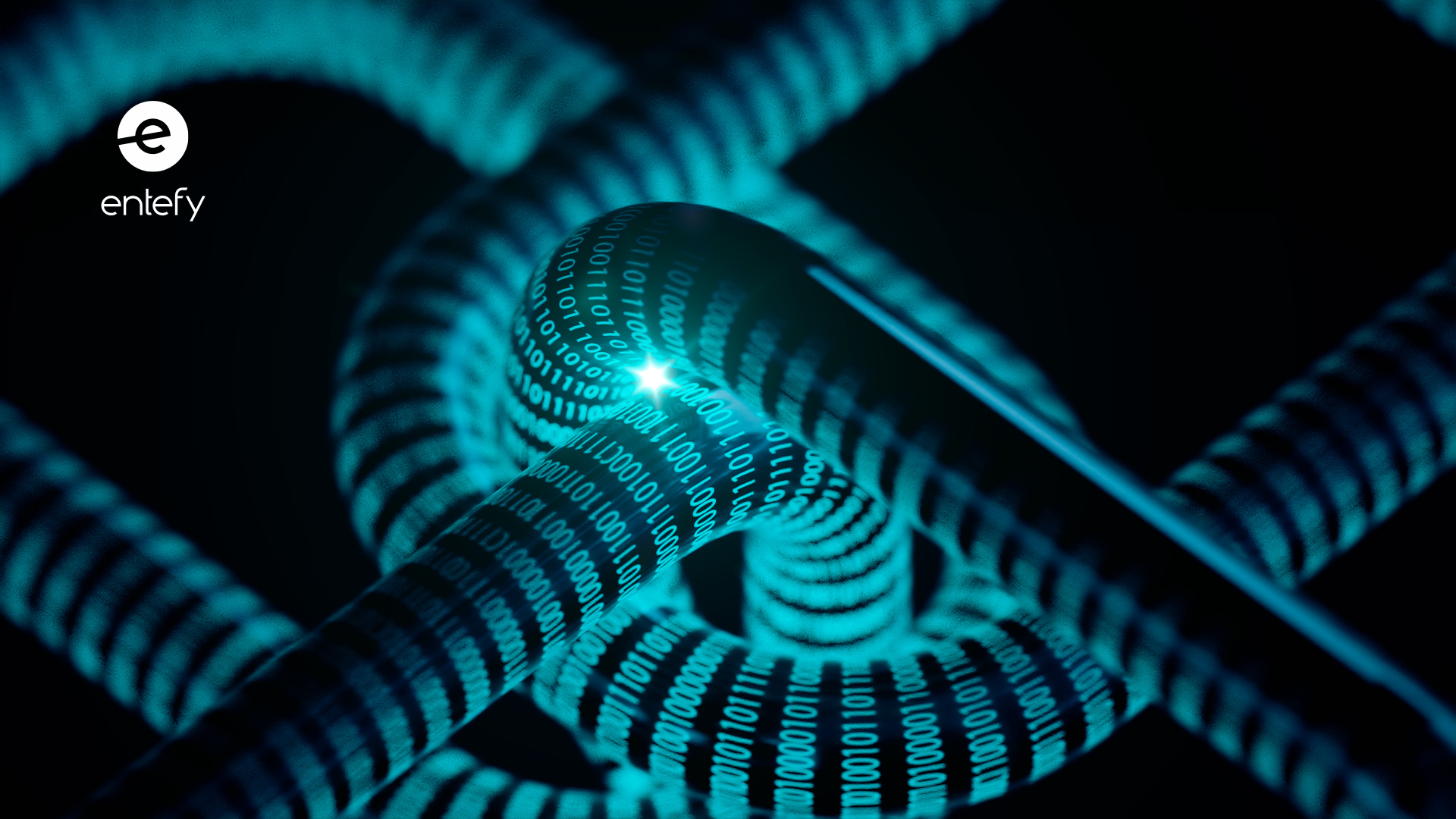 With news outlets breathlessly reporting every time the price of Bitcoin reaches new highs, all the hype around it might suggest that Bitcoin is the biggest thing since cruise control.

Meanwhile blockchain, the infrastructure technology that makes Bitcoin, Etherium, and other cryptocurrencies possible, garners far less attention in the general media. Scratch just below the surface, though, and you’ll quickly find that new uses of blockchain are emerging daily. And those novel uses of this novel technology may be big or bigger than Bitcoin in the not too distant future.

Let’s start with a non-technical analogy that gives you some context for blockchain and Bitcoin. It goes like this: Blockchain is to paper as Bitcoin is to cash. That is to say, just like paper, blockchain is a foundational technology upon which other capabilities can be built. Bitcoin and other cryptocurrencies are the first examples of a new class of digital currencies that are built using blockchain. But already in development are other blockchain-powered applications like replacing Social Security numbers with a more secure digital alternative, creating securely encrypted yet easily portable medical records, and tracking and auditing government disbursements like tax refunds.

How can a single technology support all those very different uses? Let’s take a look at how blockchain works. Then dive into how it’s being used.

Blockchain is a distributed, encrypted, auditable record of transactions

A good starting point for understanding blockchain technology is to picture an accounting ledger book, filled with line after line of transaction records. Pretty straightforward. But this ledger book has some interesting properties. First, there are copies of it all over the place, so that no one person controls access to the ledger. Next, anyone who wants to can inspect its contents at any time. Finally, adding a new line item to the ledger only happens after everyone agrees that the record is correct and accurate. There are security aspects as well, but we’ll get to that in a moment.

That’s the blockchain concept in a nutshell. Putting all of those items together gives us a working definition: Blockchain is a digital ledger that is distributed (no central owner of the records), encrypted (highly secure), and auditable (records can be inspected and verified). Let’s look at each of those elements in turn.

Blockchain is a type of distributed ledger technology, an electronic record of information where multiple copies of the ledger exist simultaneously and are always in sync. The information contained on the ledger can be anything, from transaction records to contracts between businesses to medical records. That’s an important point: Bitcoin uses blockchain, not Bitcoin is blockchain.

A blockchain system is digitally distributed across a number of computers in real-time. Being decentralized means that a copy of the entire blockchain record is available to all users via a peer-to-peer network. A peer-to-peer network simply means that computers hosting blockchain ledgers connect directly with each other, and not with one “hub” computer. There’s a key business implication here, which can be explained by looking at the financial services industry. Blockchain’s decentralized and peer-to-peer structure does an end run around service provider intermediaries like banks or brokerage firms. Using blockchain, buyers and sellers of a financial instrument like shares of a stock can transact directly without needing to use (and pay for) a brokerage firm. Big picture, pretty much any business based on collecting fees in exchange for connecting two parties in a transaction faces significant risk of disruption from a blockchain-powered alternative.

That last idea is a key part of why blockchain is considered a disruptive technology. The world’s largest banks are intermediaries that enable pretty much every possible financial transaction: loans, mortgages, capital equipment purchases, IPOs. In exchange for providing the infrastructure that makes these transactions possible, the banks collect fees. Highly profitable fees. So not surprisingly, financial services companies are moving quickly to implement blockchain.

The security aspects of blockchain technology are equally important, but far more technical. Without diving into detail, what’s important is that with blockchain, transparency and security go hand-in-hand. Each block in the blockchain is individually encrypted using a private and public key encryption framework. This creates security at the block level.

Blockchains are auditable, meaning that anyone can inspect its records. This in turn creates another layer of security in which the blockchain becomes more secure with more participation. This is because more people monitoring the blockchain makes it nearly impossible to alter blockchain data in any unauthorized way. More eyeballs on the data, fewer chances of mistakes or opportunity to do anything nefarious with the records.

That’s the blockchain in a nutshell. Now let’s look at how it is used to enable cryptocurrencies.

The term cryptocurrency means secure digital money. To date, Bitcoin has attracted the lion’s share of attention, with Etherium a close second. But as of November 2017, there are 1,172 and counting cryptocurrencies each with its own blockchain infrastructure.

Understanding the blockchain is actually the hardest part of understanding cryptocurrencies like Bitcoin. Because once you’ve grasped how a blockchain works, the only other thing you need to know about Bitcoin is that it’s a currency (and digital payment system) with records contained in its own blockchain ledgers.

Bitcoin has another concept that shines further light on the blockchain: Bitcoin mining. The world’s supply of gold increases as more of the substance is dug out of the Earth and introduced to the market. Bitcoins are also mined, but the mining process looks very different. Here’s how it works. Each Bitcoin block contains a unique, complex mathematical problem that is unsolved. Solving that math problem yields a reward in the form of Bitcoin (or a fraction of a Bitcoin). The people who attempt to solve these equations are miners; the process of solving them is called mining.

But like the millions who chased dreams of free gold laying around in streambeds during the Gold Rush, there’s a catch. Well, two catches. The first is that solving these mathematical problems requires the use of computing power. Lots and lots of computing power. In fact, so much computing power that dedicated computers called Application Specific Integrated Circuits have been designed to enable mining. And not only are these computers expensive, the electricity required to run them is considerable, which adds a steep cost to Bitcoin mining. The electricity being used in Etherium mining, for instance, is equivalent to the entire electrical usage of the country of Cyprus.

The other element that makes Bitcoin mining a risky proposition is built into the original design for Bitcoin. In a bid to prevent Bitcoin inflation (a rapid increase in supply), only 21 million Bitcoins can ever come into existence. Every 4 years, the number of Bitcoins available as rewards is reduced, making Bitcoin mining more difficult as time passes. In 2009, it took Bitcoin miners just a few days to mine 200 coins; in 2014, it took the equivalent of 98 years to mine just one. It is estimated that the 21 million Bitcoin threshold won’t be reached until 2040.

Blockchains are being built by governments and companies around the world, using the advantages of the technology to enable new uses. Here’s a sampling of blockchain at work in a variety of industries:

As more homeowners who use solar power find themselves net generators of electricity, a blockchain-powered electricity network could allow homeowners to sell power directly to other users, without paying fees to an incumbent provider.

Businesses can use blockchain for self-executing, self-enforcing smart contracts, for instance between a company that exports fruit and its shipping partner.

As a foundational technology, blockchain provides the raw material for innovation at startups and established companies alike. How will your industry make use of blockchain?