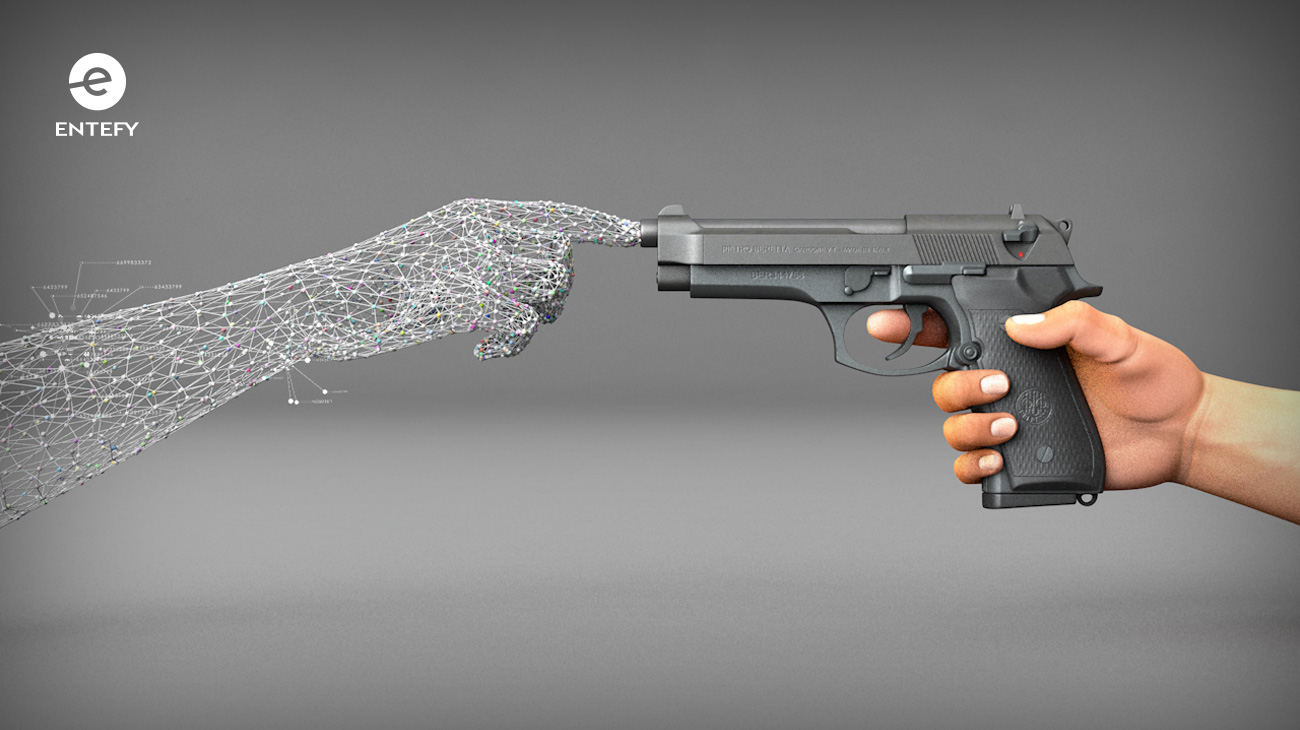 Artificial intelligence gets due praise for its power to improve the way we work. Yet that same potential can be used to improve the way we live, even addressing some of our most intractable social issues. Recent developments in AI and other smart technologies are rare good news in one of America’s most urgent and emotionally fraught conversations: gun violence.

The February 2018 shooting at Marjory Stoneman Douglas High School was the most high-profile incident in recent months, but school shootings have averaged one per week since the beginning of the year. Fear is prevalent, with one Gallup poll finding that 4 in 10 Americans fear becoming a victim of a mass shooting. In the wake of these tragedies, people are desperate for answers and reassurance. Everyone agrees something must be done, but they can’t agree on what. Yet the discussion around gun control and the prevention of mass shootings is highly politicized and emotionally charged.

Technology, however, is dispassionate. Computer algorithms aren’t prone to uncertainty or emotion and can analyze data, lock weapons remotely, or identify guns before they’re drawn. Because of this, they can provide a steadying neutral influence as we strive to mitigate gun violence.

While human decisionmaking and intervention are crucial to solving an issue as complex as gun violence, technologies like artificial intelligence and high-powered sensors are being designed to help stem the tide of mass shootings in the U.S. Here is a look at several innovative technologies being employed to combat the gun violence problem.

From smartphones to smart guns

After the 2015 San Bernardino shooting spree, former President Barack Obama publicly questioned why we can secure our smartphones using fingerprint biometrics yet hadn’t done the same for guns. It was a high-profile call for smart gun technology that could help prevent mass shootings.

Theoretically, gun manufacturers could equip weapons with time-stamping and remote control capabilities that allow authorities to track when they’ve been used and shut them down when they’re being used in an attack. Biometric smart locks could inhibit criminal gun use because the devices would be all but useless unless a would-be shooter could fake the owner’s fingerprint or other biological identifiers.

One company is already developing a smart lock that requires a registered fingerprint or physical key to unlock the gun’s trigger. Importantly, the locking system doesn’t link to an app or other computer software, a design decision intended to mitigate fears that the gun could be hacked. Increased research into this area could lead to the production of guns that are safer for their owners and for the general public.

Smart guns, metal detectors, and panic buttons all have been discussed for catching potential shooters before they have a chance to act and for alerting emergency services immediately after a shooting incident begins. Software known as panic apps are designed to decrease the amount of time it takes for police and emergency workers to get to a school. Digitizing school blueprints can contribute to helping authorities reach victims faster, reducing the death and injury tolls during mass shootings.

During a shooting, sensors and motion detectors can help law enforcement officers identify where a shooter is in the building. Although the technology is still in its early stages, smart video surveillance has the potential to assist in prevention as well. Researchers are currently studying how to train artificial intelligence algorithms that identify guns on video feeds. They’re feeding the program with movies like “Mission Impossible” and installments of the “James Bond” franchise so it can learn to detect guns not just on high-resolution screens but on grainier images as well.

AI could play a supporting role as well. Advocates of gun insurance say that AI underwriting algorithms can keep guns safe and affordable for lawful, capable owners while keeping them out of the hands of high-risk individuals. The theory is that AI algorithms could draw on vast data sources to assess a person’s risk before they’re allowed to buy a gun. These data points might include criminal background checks, medical records, employment status, and even online behavioral data to assess their risk profiles.

People who have clean records and other indicators of trustworthiness and lawfulness would receive lower insurance premiums. Those who have more erratic histories would be required to pay higher premiums, with the highest risk individuals potentially being priced out of the market. For this to work, gun insurance would need to be mandatory in the same way that auto insurance is required. But if implemented, it might bridge the gap between people on either side of the debate and help forge collective progress toward reducing gun violence.

Preventing mass shootings is a complicated but essential task, and there are many factors that need to be addressed. Fortunately, we live in the most technologically advanced age in history, and we have access to more data every day. Artificial intelligence can help us make sense of that information by identifying trends we can use to create effective solutions. On gun violence and so many other urgent issues, we can leverage technology to find solutions to the most challenging issues of our time.