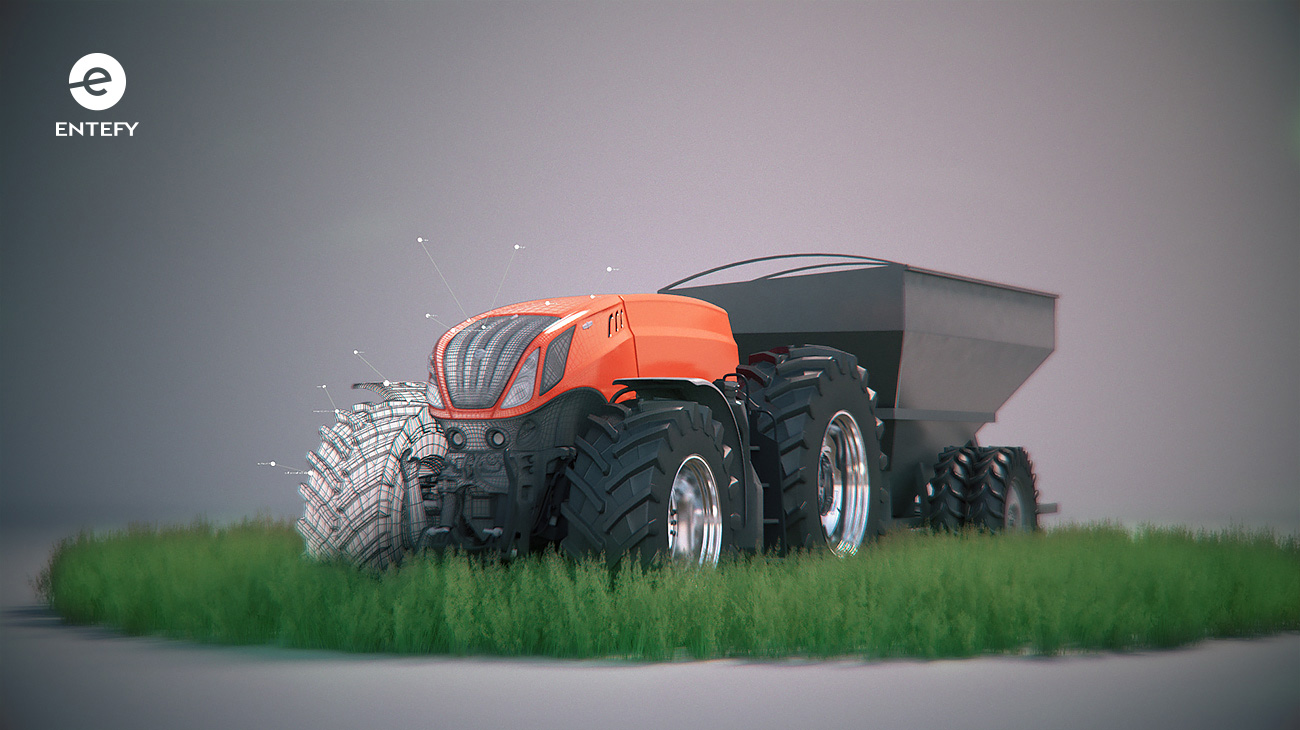 There is already enough food to feed everyone on Earth, with agricultural producers yielding 17% more food now than they did just three decades ago. Yet 925 million people worldwide suffer from a lack of food security, including 42.2 million in the United States alone. Several factors contribute to the problem, including poor storage and sanitation systems, low crop yields, and political upheaval. As the global population marches ever higher, the Food and Agriculture Organization predicts that food production will need to increase 70% to feed the world by 2050.

How will the agriculture industry keep pace? Through cutting-edge technologies like artificial intelligence, IoT, and blockchain, of course.

IoT in the field

IoT sensors installed in the field enable agricultural companies to monitor their crops in real time. The sensors capture data on a range of metrics and send back information that enables producers to optimize their growing processes. They can monitor nutrient and water levels in the soil and adjust them as needed to get the greatest number of healthy, saleable crops. Imaging programs allow them to see exactly what’s happening across different fields and intervene immediately if they identify diseased plants.

One company predicts that by 2050, farms will produce approximately 4.1 million data points each day, and every one of them can be used to grow more and better food. Already, smart farming devices are shaping the future of agriculture by helping farmers increase yields and lower their production expenses. On average, the farms included in one series of studies saw a 1.75% jump in yields and a decrease in energy expenses of up to $13 per acre.

Artificial intelligence (AI) complements agricultural IoT devices and further improves the growing and selling processes via predictive analytics. These programs can help farmers determine which crops to grow and anticipate potential threats by combining historical information about weather patterns and crop performance with real-time data. The more information that’s collected, the more precise the insights producers will be able to glean about what’s happening with their crops and where they can optimize conditions.

Smart robots will likely come into play as well. Already, companies are developing robots that can analyze crops in the field to not only identify disease indicators but to prune away weak plants to give strong ones the space and resources needed to thrive. One U.S.-based company expects that smart systems, such as the artificial intelligence programs it uses to capture images of tomatoes grown in its greenhouses, will ultimately boost its yields by 20%.

Blockchain technology is revolutionary because of its implications for creating secure, transparent records. This ability will be incredibly valuable for the agriculture industry, where it can be used to establish smart contracts and track food from its origins to grocery stores. An American company recently conducted a massive sale of 60,000 pounds of soybeans to a Chinese buyer all on blockchain. Agricultural deals of this scale often require a great deal of back-and-forth, with multiple agents and decisionmakers involved in the trade. When such sales are conducted using pen and paper, the risk of mistakes and logistical delays is high.

Blockchain simplifies the process because everyone has access to the same information, such as receipts, letters of credit, and necessary certificates, all of which are stored clearly and accurately for every party to see. The businesses involved in the deal reported a fivefold reduction in time spent on the logistics of the agricultural commodity trade, which they claimed was the first to be completed via blockchain.

Blockchain may also help curb future food safety crises, such as the e.coli outbreak that caused people in 25 states to become sick after eating contaminated lettuce. Scientists struggled for at least two months to identify where the diseased crops came from, highlighting the need for better supply chain documentation and management throughout the industry. If agricultural growers and their supply chain partners tracked crops on a blockchain, they could easily identify where different crops originated and who was involved in growing and transporting them.

A major American food seller found that blockchain programs allowed it to trace a piece of the produce’s origins in just over two seconds, compared to the nearly seven days it takes via more manual processes. Not only does the instantaneous nature of blockchain appeal to consumers who are increasingly concerned about where their food comes from, it has the potential to minimize and even halt widespread contamination outbreaks. From a business perspective, this means pinpointing the source and acting precisely to root out the problem, as opposed to fumbling through disorganized data and taking losses on food that was unnecessarily discarded or unsold as a result of the outbreak.

The future of agriculture

Agriculture companies have proven that they’re up to the task of producing food for most of the world. Growers and their partners must do even better if they’re to reduce food insecurity and keep pace with population growth. The time to invest in smart technologies and precision agriculture has arrived. Companies that use IoT devices, AI systems, and blockchain stand to improve their yields, reduce costs, and enhance their profits. The business case for tech-enabled agriculture is clear; now it’s a matter of broader adoption and implementation.