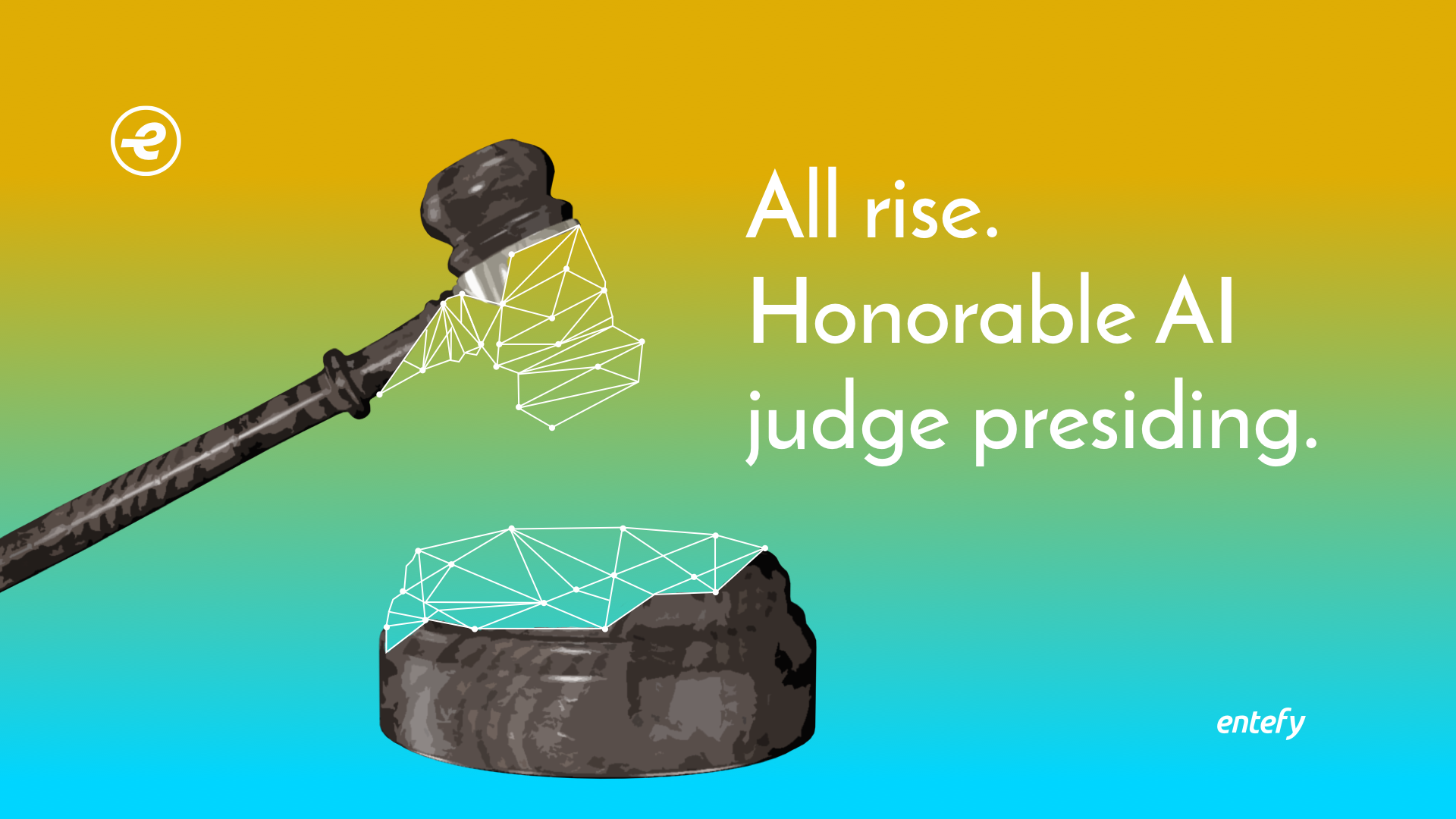 The Sixth Amendment to the U.S. Constitution guarantees “the right to a speedy and public trial, by an impartial jury.” It cannot, however, guarantee a perfectly fair trial, or an effective jury, or an infallible judge. Humans make mistakes, and the courtroom is no exception: juries make the wrong decision approximately 1 in 8 times. Those mistakes have a tremendous impact on defendants’ lives, made explicit by data that suggests 1 in every 25 people sentenced to death in the United States are innocent of the crime they were found guilty of committing.

In the abstract, a trial involves the evaluation of a set of facts, the comparison of those facts to a set of rules, and a decision on whether a violation has occurred. Which sounds like a system that an intelligent machine could manage. A properly designed artificial intelligence could in theory speed up trials and increase consistency in court decisions, which in turn could lead to increased accuracy and fairness. This is not entirely speculative. Meet ROSS: an artificially intelligent attorney hired by one of the largest law firms in the U.S. In the UK, researchers are working on an AI that can replace the need for a judge by examining evidence and deciding right and wrong to predict the outcome of trials. “The AI ‘judge’ has reached the same verdicts as judges at the European court of human rights in almost four in five cases.”

Forming an opinion on whether AI should have a role in the justice process can be complex. A defendant’s right to a trial by a jury of their peers is a cornerstone of American jurisprudence. Yet humans are fallible, and swayed by emotion. Artificial intelligence agents could conceivably provide accuracy and impartially, but the jury is still out on whether they can become capable of moral and ethical reasoning.

If you stood accused of a­­ crime, would you want an AI to be your judge, jury, or lawyer?

Check out our article on AI that has accurately predicted the past 4 presidential elections.