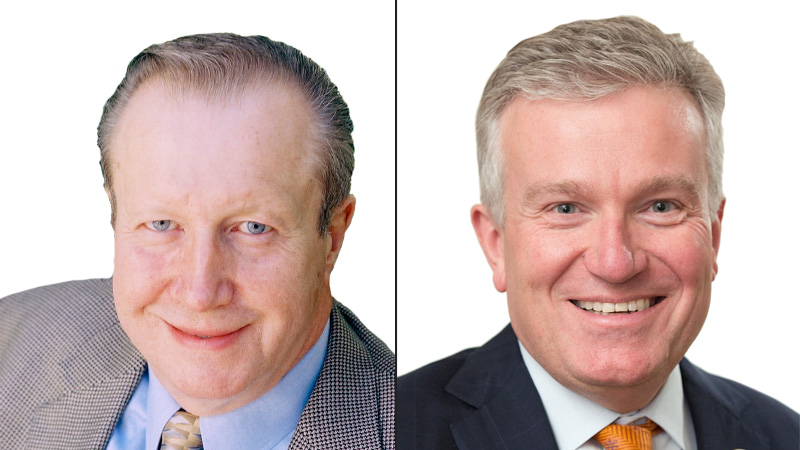 This news, combined with the company’s recent capital raise, bringing its venture funding total to $5.25 million, caps off a successful pre-launch period for Entefy as it prepares for the beta release of its debut product.

“We are honored to welcome Wim and Duncan to the Entefy team. Their collective executive experience, technological knowledge, and passion for innovation will be great assets to us as we advance our business strategy and brand rollout,” said Entefy CEO, Alston Ghafourifar.

The new board members were equally enthusiastic about joining Entefy.

“I think this is one of those rare opportunities where a secular shift in consumer behavior and disruptive technology come together and the team assembled is talented, energetic and, highly focused,” said Niederauer.

As CEO of NYSE Euronext, Niederauer transformed and grew the organization while navigating through the financial crisis, evolving market and regulatory conditions, and industry consolidation. Under his leadership, the New York Stock Exchange experienced a significant increase in its technology IPO listings, from 13% in 2006 to 54% in 2013. Niederauer also negotiated and completed NYSE Euronext’s acquisition by Intercontinental Exchange.

“I immediately connected with the founding team and their vision for technology and the future of communication. To me, Entefy is tackling a challenge that can lead to a real breakthrough and I’m delighted to be part of it,” said Roelandts

Roelandts’ leadership as the CEO of Xilinx drove the company’s revenue to more than triple, to nearly $2 billion, while increasing market share in the programmable logic business from 30 percent to over 50 percent. Roelandts’ decades of experience as a technology executive has helped foster innovation at a number of other global organizations including Hewlett Packard, Applied Materials, and Aruba Networks.

Duncan Niederauer
Mr. Niederauer was most recently CEO of NYSE and President of Intercontinental Exchange, Inc. During his tenure as CEO of NYSE Euronext from 2007-2013, Mr. Niederauer oversaw the transformation of the company into an innovative, globally integrated organization with a high-tech, high-touch focus.

Before joining NYSE Euronext in 2007, Mr. Niederauer was at Goldman, Sachs & Co., a career which spanned 22 years. In addition to his other pursuits, Mr. Niederauer now serves on the boards of Colgate University, The American Ireland Fund and the Congressional Medal of Honor Foundation, among others.

Wim Roelandts
Mr. Roelandts started his 29-year management career with Hewlett Packard (HP) in Belgium in 1967. In 1983 he moved to the U.S. and finished his career at HP as senior vice president in charge of HP’s Computer Systems Organization, with responsibility for HP’s worldwide computer systems business of about $6 billion.

In 1996, Mr. Roelandts left HP to become the CEO of Xilinx and, later, chairman in 2003. Under his leadership, Xilinx’ revenue more than tripled to nearly $2 billion and market share increased in the programmable logic business from 30 percent to over 50 percent. During his tenure, Xilinx was nominated several times in the top 10 of Fortune Magazine’s “100 best companies to work for.” Currently, Mr. Roelandts also serves on the Board of Directors of Applied Materials, Inc., Aruba Networks, Inc., and IMEC (a micro- and nanoelectronics research center in Belgium).

About Entefy
Entefy is a technology startup based in Palo Alto, California, building the most intelligent communication platform available—ATUM (Adaptive Threading Universal Messenger). With ATUM, users can seamlessly bring together all of their conversations, files, and friends in one super smart application with dynamic messaging, multi-protocol threading, and universal search. Built for the Internet of Things, ATUM is designed to work beautifully across any smart device and bring harmony to people’s increasingly chaotic digital lives.