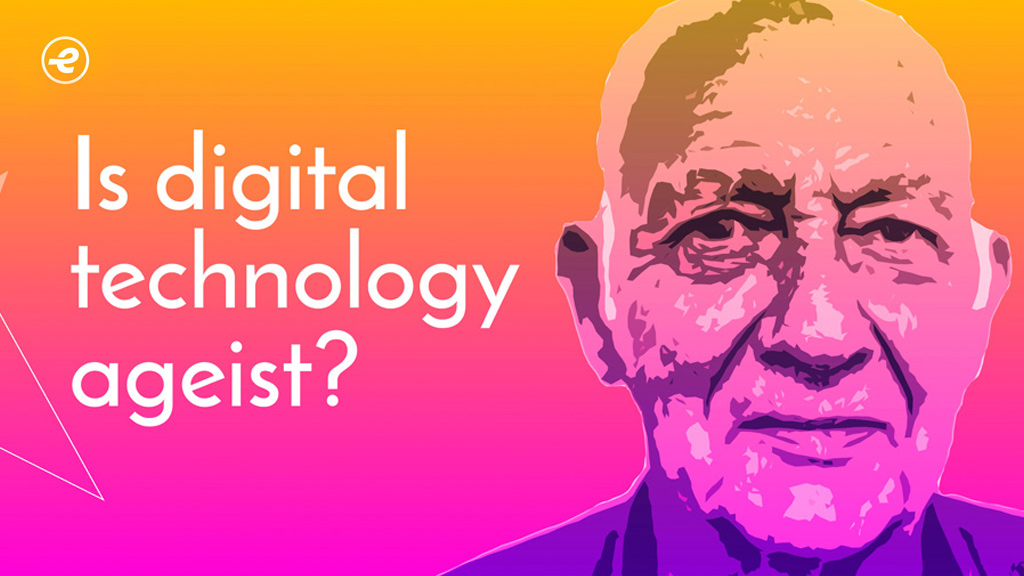 Modern tech companies, both startups and titans, are young. Their workers are young. Their brands are youthful. And the image of the 20-something founder is alive and well. So it is not surprising that the products these companies design are products intended for, and most easily used by, the young. But should this be the case?

Data shows that users aged 18-34 top rankings for device usage, app downloads, time-in-apps, and other categories that quantify digital technology usage. These users are, in aggregate, quicker to evaluate these technologies and faster to make new devices and services part of their lives. Rogers’ theory on the diffusion of innovation suggests why: digital natives maintain extensive social media networks, which expose them to new digital technologies early, and their baseline familiarity with such technologies makes them sufficiently adaptive to integrate new applications and services quickly.

But younger people clearly are not the only ones making widespread use of digital technology in their lives. Research shows that 58% of American adults age 50-64 and 30% of adults over 65 own smartphones. While they use smartphones at about half the rate of the 18-34 cohort, they are, interestingly, the leading users of tablets. Which suggests a much more nuanced picture of high technology use than is commonly presented. Differences in usage are not a matter of kind, but degree.

Now consider Emma Morano. The oldest person alive today, Ms. Morano is 116 years old, the last person on Earth from the 1800s. During her life, the first radio broadcasts were conducted and the first television sets appeared in living rooms. She had already lived for 107.5 years before the first iPhone was unveiled by Apple in 2007. How easy or difficult might Ms. Morano find using an iPhone? Many companies espouse accessibility, yet there are few examples of true universality in digital technology.

Imagine if we made digital technology universal—so easy and intuitive to use that it could enhance anybody’s life. It is almost cliché for a Silicon Valley company to define its mission as “making the world a better place.” Why should their products, then, make only some lives better? Some, but not all. The division creates a form of inequality, which makes digital technology, in effect, ageist.

But it doesn’t need to be that way. By designing apps and services that consider the needs of all users, billions of lives could be enhanced by products that improve productivity, expand communication, or enable creativity and invention. We think this is a worthy goal, and it’s why our vision of universal interaction informs and inspires everything we do.