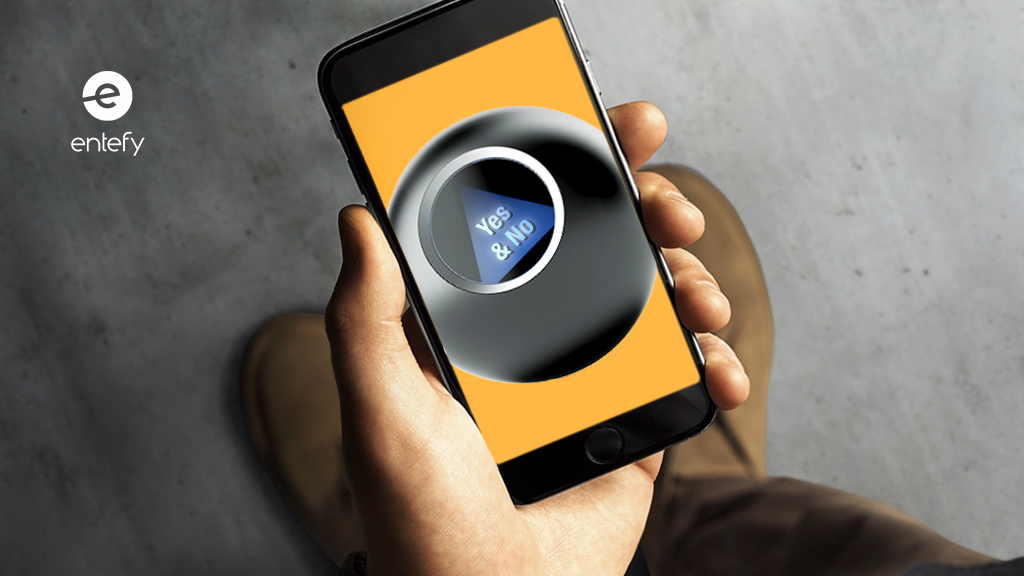 What separates humans from all the other creatures sharing the Earth with us? One difference is of course our capacity for rational thought and logical decisionmaking. Then there’s our now 50,000-year-old legacy of supplementing our natural capabilities with increasingly sophisticated tools—everything from labor-saving devices to medicines to, most recently, smartphones.

But are we humans always rational? Do we always use our tools optimally? Well, no. Just think of the last time you made a hasty snap decision when deeper analysis would have been better. Or you procrastinated on work in favor of more time catching up on social media.

We live in such an interesting time, where our most ubiquitous computing devices—smartphones—are equal parts Swiss Army knives of powerful capabilities and, when we’re not careful, the ultimate time thieves. But that is changing as cognitive technologies like artificial intelligence move out of the labs and into our lives. Because one thing AI does very well is make recommendations by studying data (about you, about the weather, about diseases, about everything), delivering insights that would otherwise elude us.

It’s just one small step from AI-powered recommendations to AI-powered decisions made on your behalf. But there are two important questions to answer before we hand over decision-making duties to our favorite devices. Do we want technology making decisions for us in the first place? And, if so, what’s gained and what’s lost when smart machines become even more central to our day-to-day lives?

The complex relationship between emotions and logic

Before digging into the technology side of things, it’s worth noting why we so often get things wrong despite our best intentions. Good decisions require putting together the right information in the right way. The more information there is, the more complex the analysis and the easier it is to overlook or misread the details. Of course, we don’t always have the time or energy to gather all the information that might exist, and so we rely—more than we might realize—on gut reactions and rules of thumb.

An interesting example of this comes from the work of neuroscientist Antonio Damasio. In the 1990’s his research into how emotions impact decisionmaking found that when the brain regions responsible for processing emotions are damaged, people can retain their ability to reason yet become unable to make seemingly simple decisions.

Damasio studied a patient known as Elliot, who at one point was a successful businessman and loving husband. Elliot suffered from a brain tumor which damaged parts of his orbitofrontal cortex, the brain region that connects the frontal lobes with our emotional machinery.

Elliot retained a good IQ score, and those around him felt that he remained an intelligent and able man. Yet he began leaving work unfinished to the point he was fired from his job, he divorced his wife only to marry someone his family disapproved of, divorced again, and then went bankrupt after going into business with a shady character.

Damasio found that Elliot could think up many options and ideas regarding certain decisions, but something broke down when actually making a decision. ‘I began to think that the cold-bloodedness of Elliot’s reasoning prevented him from assigning different values to different options,’ recalled Damasio, ‘and made his decision-making landscape hopelessly flat.’

Perhaps it’s here that technology could help. When we lack the time or energy for thorough consideration, our smart devices can come to our aid. With their ability to quickly process data, they should be able to help point us in a direction that’s more logical than our instincts. Except that the technology that could do this still faces some man-made headwinds. Namely, the modern-day realities of choice overload and information overload.

We face and make so many choices every day. Choice seems like a good thing, offering us greater freedom and autonomy, the ability to find something that perfectly suits our needs. But all these options have a downside. When we are asked to make decision after decision, our brains become tired and frustrated. Psychologists call this decision fatigue, and when it sets in it takes a concerted effort to muster the self-control needed to continue making smart choices throughout the day.

Psychologist Roy F. Baumeister’s research into the power of self-control has found that people who fight their urges, such as resisting cookies and sweets, are actually less able to resist subsequent temptations. When he had people watch an emotional movie while explicitly trying not to display their emotions, they became more emotional more quickly on subsequent tests of emotional self-control.

This effect can be seen in a dramatic way in the justice system. Research into judicial decisions found that prisoners at parole hearings who were evaluated early in the day were granted parole 70% of the time, while just 10% of those judged later in the day received a favorable ruling.

The judges responsible for grating parole get worn down as the day goes by, and when they lack the energy to make a detailed analysis, they choose the easy option or the one that leaves them more options in the future.

Interestingly, one solution to this problem is to eat. A new study shows that the brain consumes nearly 20% of the body’s energy and is a prime candidate for increased glucose when we get tired. Another solution is to use technology in ways that reduce, not increase, our options. Easy. Except for our second headwind to technology-powered decisions: information overload.

Part of the reason we have so much choice is that we have so much information. When trying to decide something that requires some research, it’s easier than ever to consume article after article hoping to come to a full and complete understanding of the topic, and thus primed to make a perfectly rational and optimal decision. If only our brains would cooperate. Because the human brain doesn’t do well with information overload.

For some insight into how the brain can mishandle information, we turn to the world of professional sports. Economist Richard Thaler conducted a study of star players selected during the NFL draft and found that teams often place a disproportionately large value on the early picks. Thaler observed that the scouts responsible for examining players could become overconfident in their decisions the more information they gathered. Thaler wrote, ‘The more information teams acquire about players, the more overconfident they will feel about their ability to make fine distinctions.’

While accumulating information seems like the ideal way to get to the bottom of something, any objective analysis requires not only that we know where and what to look for, but also that we interpret that information correctly.

During the search stage, it is easy to favor information that supports or confirms a hunch that we already have. Thanks to all the information available online, it is not difficult to search for what you believe to be true, but this will often leave us with a biased perspective. When there is no expert consensus regarding some idea or hypothesis, we are likely to find many theories, opinions, and observations, which could examine the problem from many opposing or differing angles. Yet we often select the information that supports our initial hunch.

The mind prefers cohesion and holding multiple ideas that don’t work with each other can make us feel uncomfortable—what psychologists call cognitive dissonance. After all, the brain likes nothing better than to jump to a conclusion simply to escape getting overheated.

The best strategy for countering information overload and cognitive bias is to expose yourself to contradictory information and counter-arguments. But it’s also important to know when to call off the search. Answers aren’t always found in the time we have, and time is a scarce resource. It pays to establish boundaries to your search by limiting how long you work on the problem or raising your threshold for what information you consider relevant.

We are not built to make decisions all day long and, when we try, we tend to grow tired and impulsive. Technology can certainly help. Cognitive technologies like artificial intelligence are capable of crunching numbers and solving problems too complex or time-consuming for us. And as artificial intelligence and computing power continue to improve, this ability will only increase.

Yet before we can fully come to rely on our devices to augment our decisionmaking capacities, we need to establish trust. We need to be sure that the decisions being made are in our best interests, and not the interests of the owner of the platform providing the technology. That’s a big challenge of choice overload: machines need to support us when we need it, not just assume our responsibilities.

Then there’s the delicate role of information overload: designing systems that interpret data the way we would.

With time and the ongoing advances in AI, we’re not too far off from confidently making the right choices about the tools we’ll use to make choices.