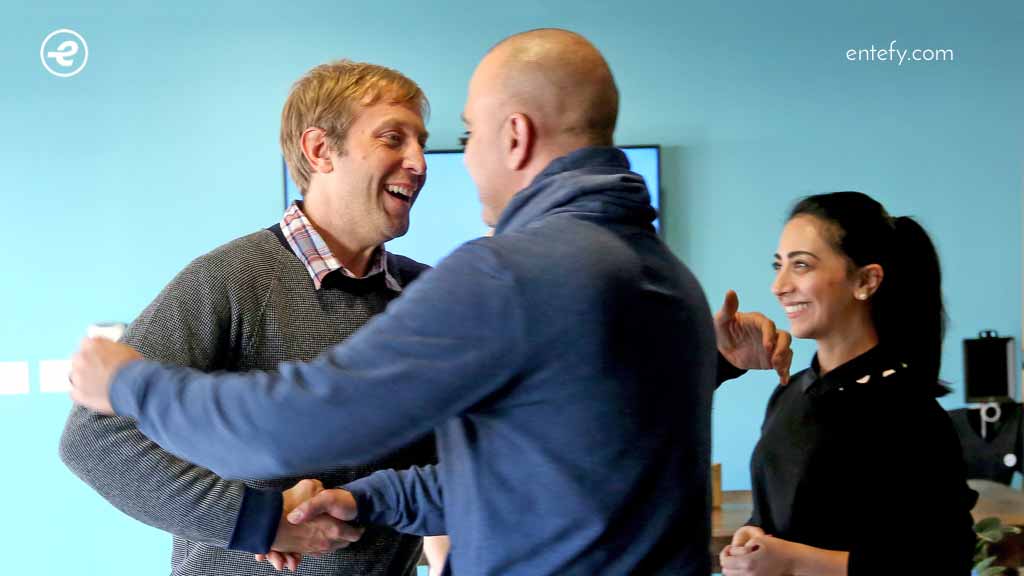 Innovation at technology companies doesn’t need to be limited to the technology itself. My experience interviewing with Entefy reveals how the company is redefining the talent paradigm one hire at a time, carefully crafting company culture along the way.

Before Entefy, I had been interviewing with other technology companies from startups to established industry leaders. Those companies shared the same approach to hiring: a series of increasingly technical interviews offered to a decreasingly smaller pool of candidates. There was little difference from company to company in the content of the interviews and I reached the point where I could activate mental autopilot giving the same well-rehearsed responses.

Entefy’s approach to hiring is different

Then I began interviewing with Entefy. From the first call, I was answering informed, technical questions about my field and describing specific examples of troubleshooting and problem-solving throughout my career.

The first three interviews with the company came in close succession, a contrast to the sometimes weeks between interviews at other companies. This signaled that they were taking me and the process seriously. Each interviewer was clearly familiar with my CV, so the hour-long meetings called on me to provide thoughtful, substantive answers to thoughtful, substantive questions. With sufficient time at the end for friendly, natural conversation (as I learned later, this, too, was by design).

By the 4th interview it was clear something different was going on. It started with four back-to-back meetings with a mix of people from different teams. While the questions remained challenging and focused on demonstrating problem-solving aptitude, I also found myself swapping tales of humorous jury duty service and sharing favorite lines from Woody Allen films. As I left that afternoon, the team gathered to give me hugs and handshakes on my way out the door. I didn’t have an offer yet, but felt like I had found a home.

Business leaders and researchers talk about company culture as a critical X-factor for company success, especially as startups mature into high-growth companies. But hiring complimentary people can still be pretty technical, and few companies report that they have a surefire approach.

Entefy has the right approach. We have observed that there are a lot of talented people for any given role, and marginal differences in experience or education do not make much functional difference in employee performance. So our insight is that for two candidates of comparable skill profiles, the one that “gets” all the jokes, communicates well, and has empathy is the better fit, and the candidate better suited to make substantial impact.

Of the many ways Entefy is pioneering the processes for building a company, culture really stands out. Yes, there are literal family connections—the company’s co-founders are brother and sister—but the entire company is run like a close-knit, high-performance family. This creates a foundation of familiarity that frees the team to pursue big goals and major impact.