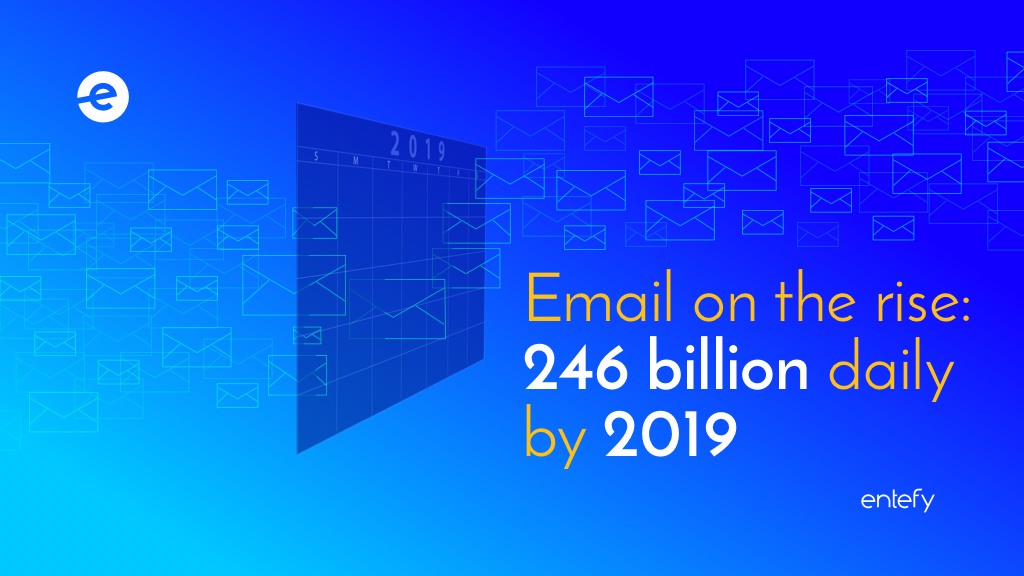 A technology research firm estimated that “in 2015, the number of emails sent and received per day [totaled] over 205 billion.” Growing at 3% annually over the next four years, email volume is expected to reach over 246 billion by the end of 2019. That’s 70 emails per day for each of the estimated 3.5 billion humans currently online. As large as it is, that number might seem low to you – in Entefy’s research, we found that U.S. professionals send and receive 110 emails per day on average.

Let’s put this number into perspective by comparing emails to miles: Let’s say 1 email = 1 mile. Pluto is 3.67 billion miles from the sun. 246 billion miles is like travelling from Pluto to the sun 67 times. Every day. At that rate, it’s no wonder that people spend hours per day sorting through email, some logging more than 6 hours of email activity daily. Talk about overload.