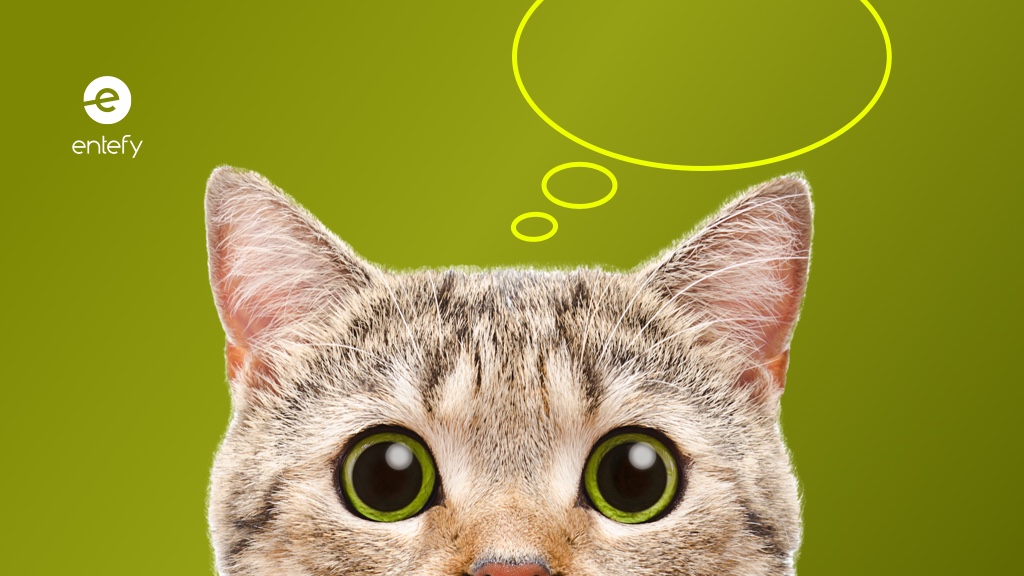 Curiosity is a big factor in technological innovation. Would computers, electricity, cars, or rockets exist if humans weren’t such curious creatures? There’s also a much more practical aspect to curiosity. With effort and direction, curiosity can help you find success in today’s world of uncertainty and rapid change.

Curiosity leads to a broader knowledge base, the ability to transfer skills into new domains, and the ability to spot new opportunities. The challenge is that when it is misapplied, it can lead absolutely nowhere. Think of hours spent “exploring” what’s around the next corner on social media. And that’s the trick. The inquisitive nature of the human mind naturally adapts to change, provided we learn how to manage curiosity effectively.

We’ve each experienced curiosity when we’ve clicked on an attention-grabbing headline or followed a creaking sound downstairs at night. But what is curiosity exactly?

Curiosity is an impulse innate to each of us and, according to the psychologist Jean Piaget, the purpose of curiosity is “to ‘construct knowledge’ through interactions with the world.” He concluded that children were naturals at forming hypotheses and conducting experiments to test them. This is how we teach ourselves about the world. When a child bangs a spoon against a table or chews on a crayon, they’re learning about their environment through trial and error.

This same expression of curiosity in a different form describes how science and technology evolve. Scientists form ideas then try to prove or disprove them by conducting experiments. While scientists are dealing with far more complex and ambiguous concepts than a child wondering about a crayon, in both cases curiosity is propelling them towards answers.

Yet despite the incredible effect human curiosity has had on the world, its evolutionary purpose remains somewhat mysterious. Evolution would suggest that safety and familiarity would provide greater survival benefits than risk taking. In today’s relatively safe world, it’s easy to forget just how dangerous it was once upon a time to leave the comfort of the home to discover what was over the horizon. A journey fraught with peril: Where is the benefit in that?

Research into how humans make choices found that people will often forgo a guaranteed gain to risk an option they’ve never seen before. We opt for the uncertainty because we’re lured by what could be. The reward we imagine looms large in our minds, and overrides any natural tendency towards safety and conservatism. Which explains why leaving the cave to go exploring might have made sense. If, say, a sheltered valley of rich farmland lay over the horizon, the reward for the risk would be quite worth it.

Getting back to today’s world, curiosity takes a different form. We never know what information we learn about today might be useful tomorrow. Curiosity can thrive without exposing us to a wandering pride of lions or a hidden patch of quicksand. These days, letting our curiosity loose might be exactly what we need to keep our skills up-to-date and maintain our professional competitiveness.

Why curiosity is important

A World Economic Forum report on the future of jobs predicted that 65% of today’s elementary school children will take jobs that don’t exist yet. It wasn’t much more than a generation ago when it was common for people to keep the same job with the same employer throughout their entire career. In those days, education was something you completed before transitioning into the workforce. But that era has passed. As the rapid advancement of science and technology forces entire industries to change and adapt, professionals must do the same.

Curiosity is perfectly suited to this dynamic environment. Research has found that curiosity actually improves our ability to learn. Brain scans demonstrate that curiosity sparks up brainwaves in the hippocampus, an area critical in forming long-term memories; as well as the brain’s reward pathway that is responsible for dopamine secretion, a neurotransmitter that helps form repetitive behaviors and motivate action.

What’s more, curiosity is deeply personal. Any two individuals will be curious about very different topics. Rather than imploring us to drive into the complete unknown, it is more common that we try to extend upon what we know already. In his paper on the psychology of curiosity, George Lowenstein defined the “information gap” as a hole in what we already know, a missing piece that, once we become aware of it, concerns us enough to want to fill it.

Research in how curiosity works in the brain supports this idea. One group of researchers asked participants a series of questions, including how confident they were in their answer and how curious they were about the question’s topic. What they found was that people were most curious about the answers they had some idea about, as when they weren’t certain of the answer but knew just enough to form a hypothesis. Similar behavior has been found in how infants allocate their attention. When presented with three different visual patterns, they will select the one that contains both familiar and unfamiliar elements.

Today there is so much information available to us that we could never hope to learn it all. Each of us will only ever be able to grasp a fraction of the whole, and a shrinking one at that. Trying to grapple with a topic that exists in the vast unknown can be an overwhelming proposition, yet curiosity insists we simply start in the unknown and wade out from there. Doing so can offer an important benefit.

Because we follow our curiosity through different fields and ideas, we end up carving our own path, and creating a personalized, unique sphere of knowledge. This can offer us a creative edge, as discovering the obscure links and relationships between disparate fields can lead to unexpected solutions and ingenious creations.

Consider Swiss engineer George de Mestral, who was walking in the woods with his dog in 1941 when he noticed that burrs from burdock plants were clinging to his pants and his dog’s fur. He was curious about how the burrs stuck and, after conducting research, used what he learned to invent Velcro.

Curiosity is not perfect—the same urge that has us exploring a strange plant stuck to our pants is the same sensation that has us scrolling through social media and falling for clickbait headlines. To get the most from our curiosity, we must learn how to direct it.

Curiosity is perfectly suited for boredom-driven novelty seeking. Take social media for example. Research by B. F. Skinner into how people reward themselves showed that unpredictable rewards keep us coming back to re-earn the reward more often than predictable rewards. Curiosity and uncertainty go hand-in-hand. Scrolling through emails or news feeds will yield a lot of pointless or irrelevant information, but eventually we find something of interest, and that possibility is enough to keep us coming back.

The most difficult aspect to directing your curiosity is ignoring the irrelevant while you try to track down the relevant. In an era of information overload, when the volume of digital information is growing rapidly, even the information available within your professional field may be constantly changing. Conducting research today often means wading through hundreds of papers, articles, books, interviews, or other media. And then reconciling contradictory data and sources. That’s if you can find what you’re looking for in the first place.

Maintaining an open mind can be achieved by asking the right questions. Networking with other people gives you the opportunity to probe their understanding of a topic and discover where it differs from your own. Meanwhile, questioning your own knowledge and intuitions can make you aware of gaps and shortcomings and missing pieces. Here’s a case when acting like a child and asking “why” over and over again can be a good thing.

A mind that is always willing to learn, that is capable of replacing outdated ideas with new information—this is the curious mind that succeeds in unpredictable times.