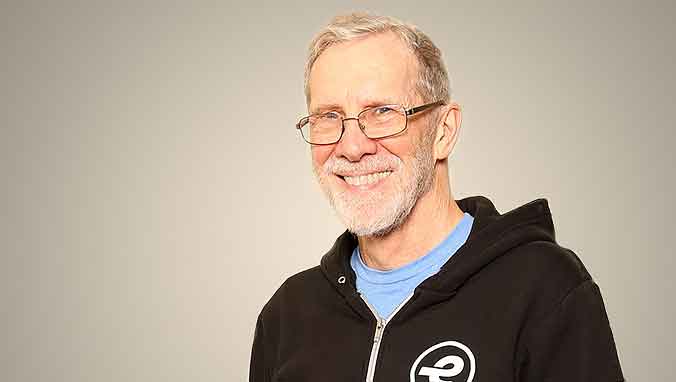 Since writing his first computer program as a Harvard undergrad, Dr. Canaday’s career has been one of many firsts. He was a co-inventor of UNIX, one of the first operating systems to be written in a high-level programming language and a game changer in computer technology. He also directed the design of the first database server as well as the first automated voice-response directory information system, just to name a few. Most recently, he developed Cima System’s flagship product, CS TelAppoint, featuring interactive communications.

Dr. Canaday’s vast engineering prowess and passion for collaborating on disruptive technologies drew him to Entefy. When asked “Why Entefy?” he said “Entefy is working on solving an extremely difficult problem that will fundamentally change the way we interact in our increasingly connected world, and I just had to be part of it.”

Entefy CEO and Co-Founder, Alston Ghafourifar, said, “We are honored to have Rudd on board. We’re breaking new ground at Entefy and it’s a thrill to have someone on our team with his level of experience, passion, and unique gift for developing smart solutions.”

Dr. Canaday holds a bachelor’s degree in Physics from Harvard University as well as Master’s and PhD degrees in Electrical Engineering from MIT.

ABOUT ENTEFY
Entefy Inc. is a next-generation communication technology startup based in Palo Alto, California, engineering the world’s first universal interaction platform. With Entefy, users can seamlessly bring together all of their conversations, files, and friends in one happy place. Built for the Internet of Things, Entefy is designed to work beautifully across any smart device and bring harmony to people’s increasingly chaotic digital lives.