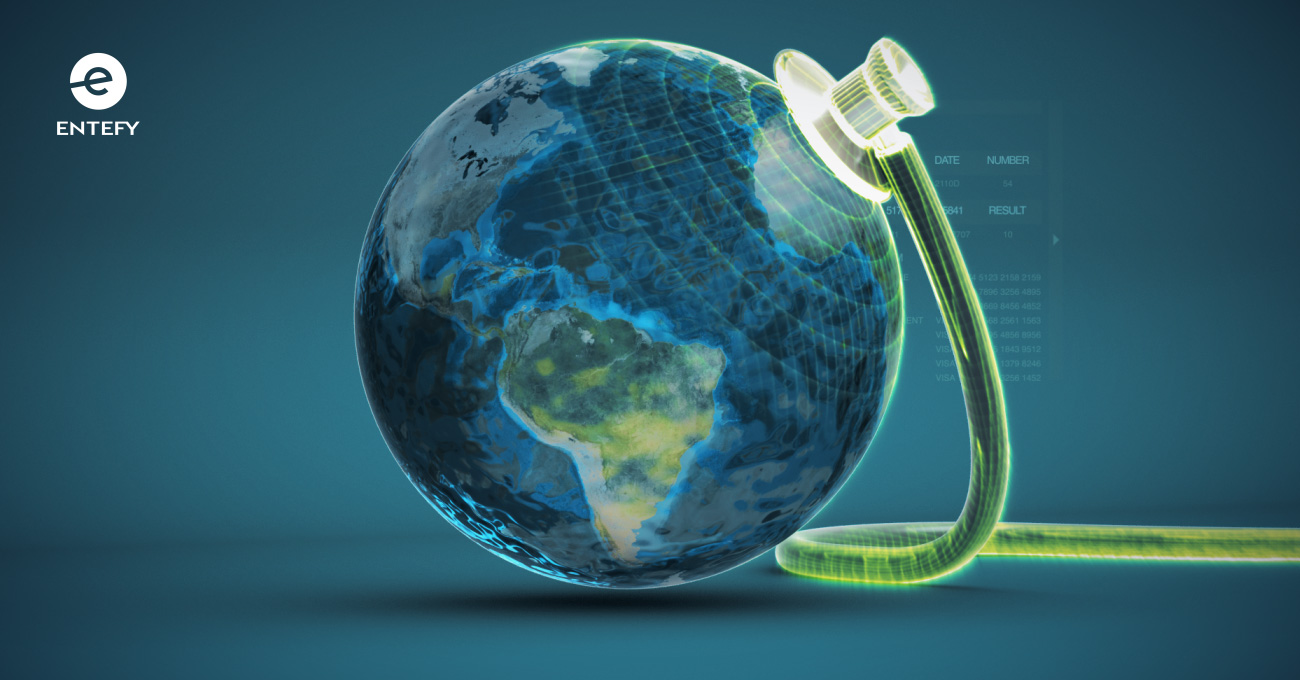 The World Health Organization (WHO) has called for the importance of universal healthcare coverage, declaring that health is not a privilege, but a right. According to WHO, full coverage of essential health services are still unavailable to more than half of the world’s population. And now, as part of the Sustainable Development Goals, all UN Member States are working toward the ambitious universal health coverage (UHC) by 2030.

Although universal healthcare is a hot-button topic here in the United States, it’s important to remember that impoverished or underdeveloped nations around the world are still lacking access to even the most basic forms of healthcare. Limitations in educational resources also translate into limited opportunities for doctors to be educated and trained in their native countries. AI can bring comprehensive healthcare resources to these areas and help provide half of the world’s population with this all-important human right.

When it comes to solving the healthcare shortage, it isn’t as easy as shipping doctors, medical equipment, or computers across the globe. Many places still lack the necessary resources and infrastructure such as clean water, electricity, or Internet access to sufficiently run clinics. So, smarter and more comprehensive solutions are needed to tackle this challenge. The introduction of Early Detection and Prevention System (EDPS) to India in 1998 is an example of such a solution. A study by Kempegowda Institute of Medical Sciences involving 933 patients illustrated an overall consistency rate of 94% between the EDPS and physicians.

AI has already shown the potential for improving patient-doctor relationships, but it can also assist doctors in diagnosing medical conditions. This makes it invaluable in rural areas where doctors are scarce and often operate without the support of specialists and peers to help make more complex diagnoses. This will allow for more effective treatment plans that can be reasonably accomplished within the limits of those regions.

AI can be utilized in areas where access to doctors is either limited or nonexistent. The spread of mobile and cloud technologies, especially in resource-poor areas, have made this easier. For example, apps have been developed and launched in rural Rwanda where blood for transfusions can be ordered and delivered by drone within minutes. In certain regions within Thailand, India, and China, machine learning and natural language processing (NLP) are being leveraged to guide cancer treatments. “Researchers trained an AI application to provide appropriate cancer treatment recommendations by giving it descriptions of patients and telling the application the best treatment options. The AI application uses NLP to mine the medical literature and patient records—including doctor notes and lab results—to provide treatment advice. When examining different patients, this application agreed with experts in more than 90% of patients in one study and 50% in another.”

Of course, AI’s value isn’t limited to only a handful of use cases in healthcare. It can also provide invaluable support to countries struck by natural disasters. One of the best examples of this is Nepal after the devastating 2015 earthquake. Entire villages were flattened by the quake, leaving many survivors destitute and without immediate shelter or aid. The United Nations Office for the Coordination of Humanitarian Affairs utilized AI in its recovery efforts. It mapped key information pertaining to the disaster from satellites, cell phones, and social media posts to learn what was needed and where, expediting the delivery of aid and supplies exactly where they were needed. The system also took into consideration structural damage to generate digital maps and ensure that relief workers could move safely. Doing so helped prevent further death and injury that commonly occurs in relief efforts reliant on traditional means.

Disease prevention and management can be critical to a developing country’s economy. Advanced machine learning can help by keeping track of new cases of particularly contagious pathogens to determine the risks and predict outbreak patterns. It’s simpler, more effective, and often cheaper to prevent an epidemic than it is to treat it. AI is already used to model and predict epidemics, based on how the disease is transmitted and the natural occurrences that can have an impact. It’s had success in predicting and mitigating the transmission of dengue fever in Manila, prompting researchers to work closely with the Philippine government in expanding the AI initiative. With half the world’s population at risk of developing dengue, this is no small milestone.

With advances in computing and software, healthcare globally is beginning to feel the positive impact of AI on a number of areas including patient care, drug manufacturing, and disaster recovery. With mobile and cloud technologies growing more widespread and becoming smarter with machine learning, universal health coverage for all no longer seems like a distant dream.