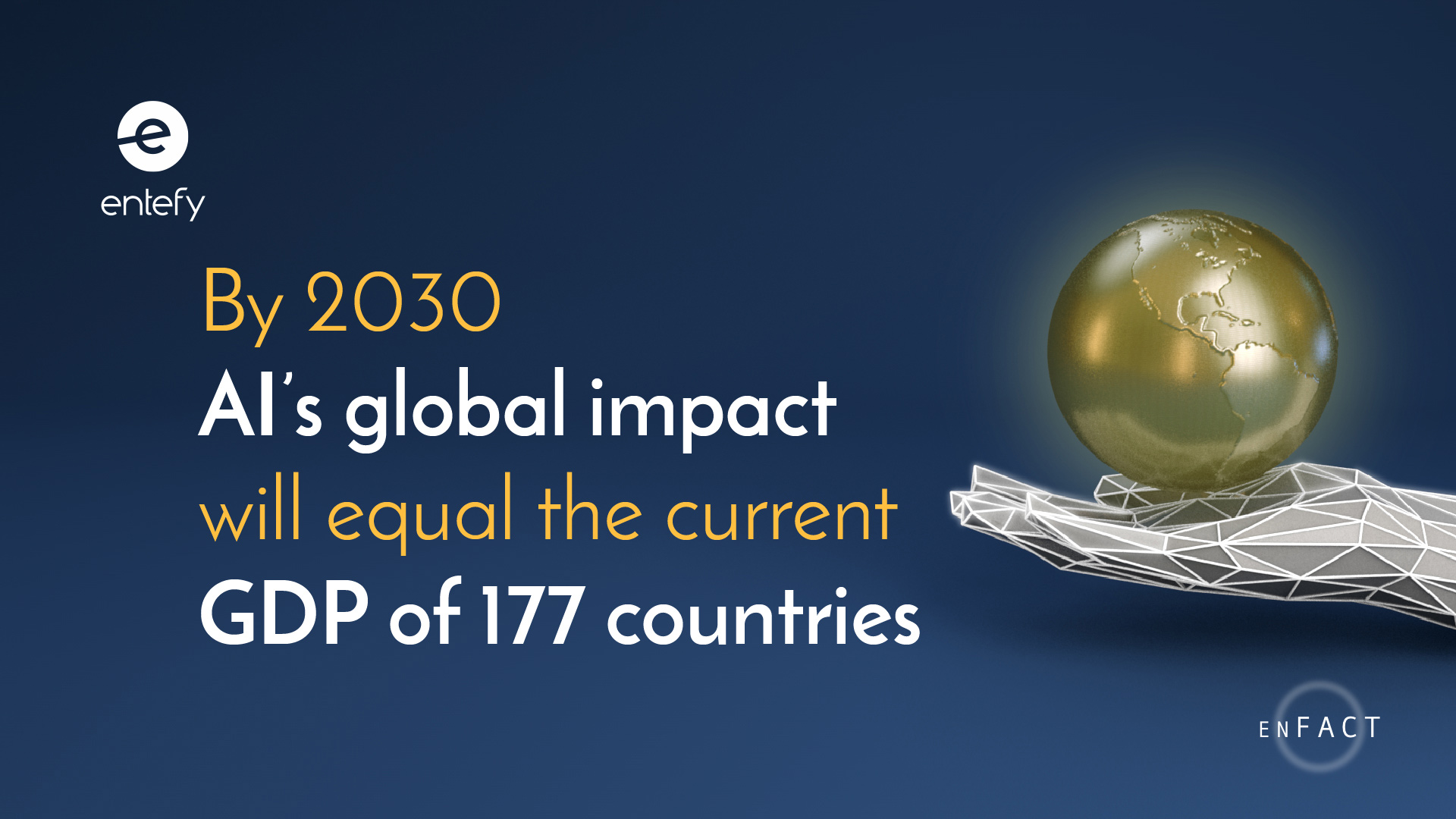 Consulting powerhouse PwC released projections for the economic value of artificial intelligence. They found that the world’s $75 trillion Gross Domestic Product (or GDP, the measurement of the total economic output of a place) could grow 14% higher by 2030 on the back of advancements in AI. That works out to an additional $15.7 trillion in economic value. PwC projects that China will see the greatest gains, with 26% GDP growth from AI, while North America should see a 14% boost. Big picture, the biggest sector gains will be in retail, financial services, and healthcare.

It’s easy to read a ginormous figure like $15.7 trillion dollars without the size settling in mentally. So here’s some context to this projection of AI’s global impact. Using data on 2016 GDP from the World Bank, $15.7 trillion represents the total economic output of 177 different countries. Ranking the world by GDP size, with U.S. #1, China #2, and so on, $15.7 trillion equates to the output of every country below #17 on the list – from the Netherlands, Switzerland, and Saudi Arabia all the way down to #195 Tuvalu.

Or to put it another way: By 2030, AI will create as much economic value as the current GDP of 177 countries.